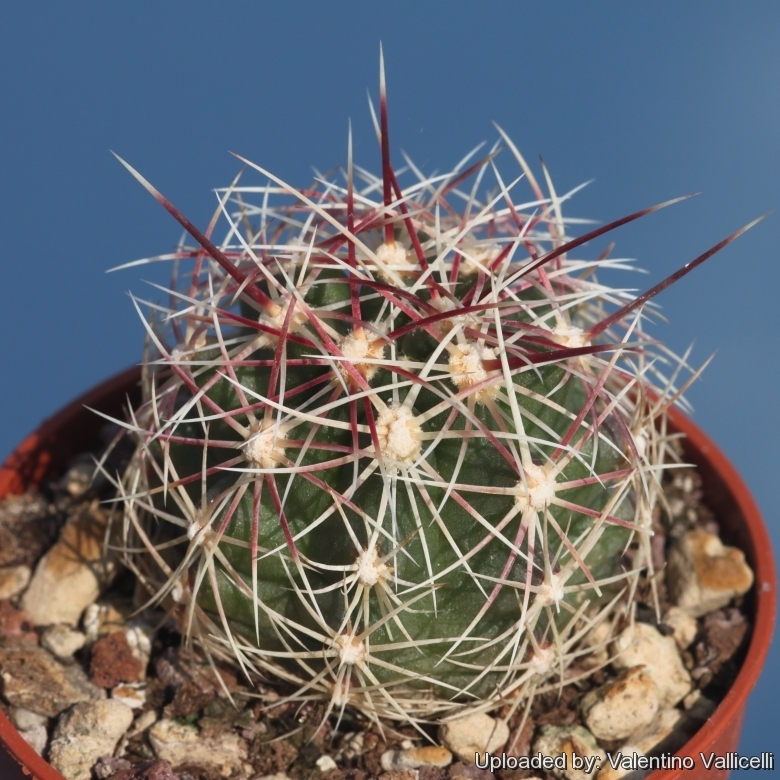 Description: Thelocactus bicolor are globular usually solitary cacti up to 10 cm in diameter. The var. tricolor is a densely spiny form with bright red and white spines.
Stem: Ovoidal, 8-20 cm tall, 5-12 cm wide.
Ribs: 8, distinct. Tubercles rounded. Areoles with glands.
Spines: Centrals 3-4, 15-75 mm long, reddish to bright purple, straight, acicular. Radials 8-18, 10-30 mm long, white to reddish, straight, acicular.
Flowers: 55-110 mm wide, magenta with a red throat from early spring to autumn.
Remarks: Thelocactus bicolor has lots of synonyms (like many other cacti) whit several controversial varieties and subspecies and comprises a multitude of different forms and ecotypes, but where each form is linked to others by populations of plants with intermediate characteristics