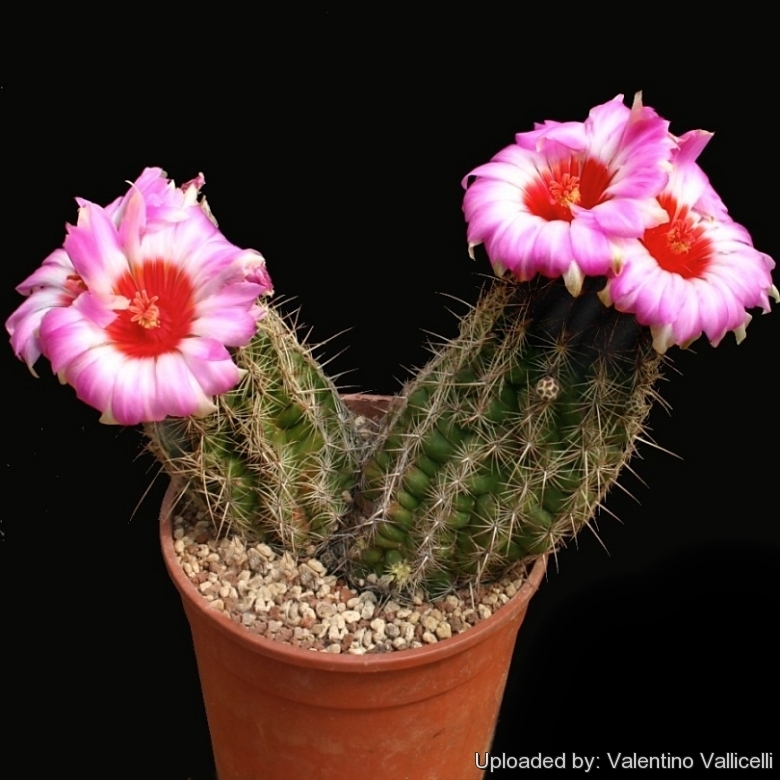 Ferocactus bicolor var. schwarzii (Thelocactus bicolor subs. schwarzii) Photo by: Valentino Vallicelli
This taxon is characterised by tight, reddish radial spines and no central spines, though, rarely, plants with a single central spine can be found amid those normally lacking this feature. 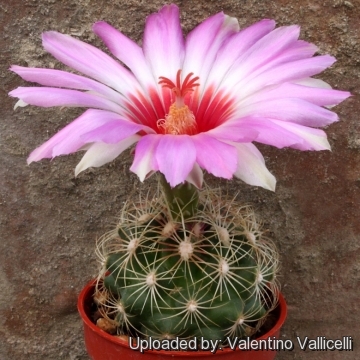 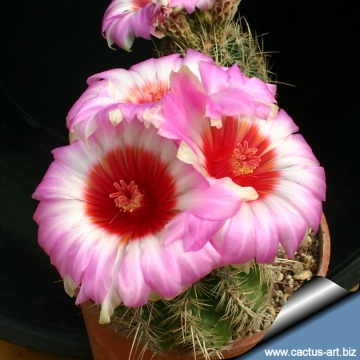 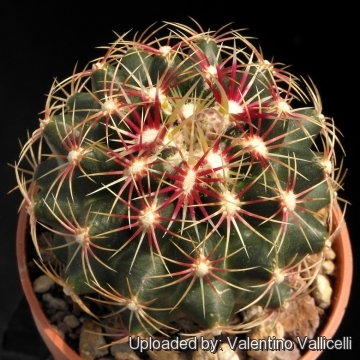 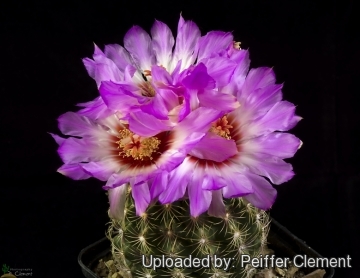 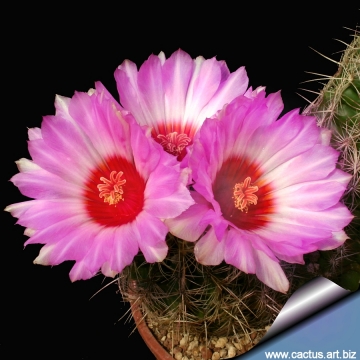 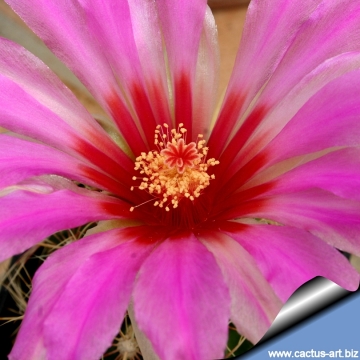 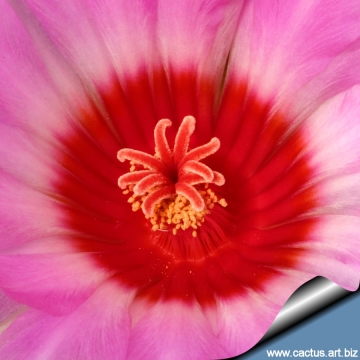 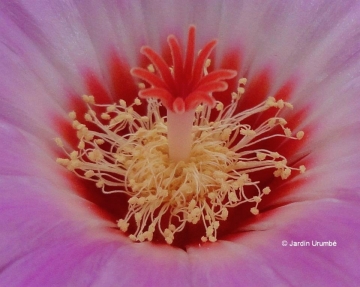