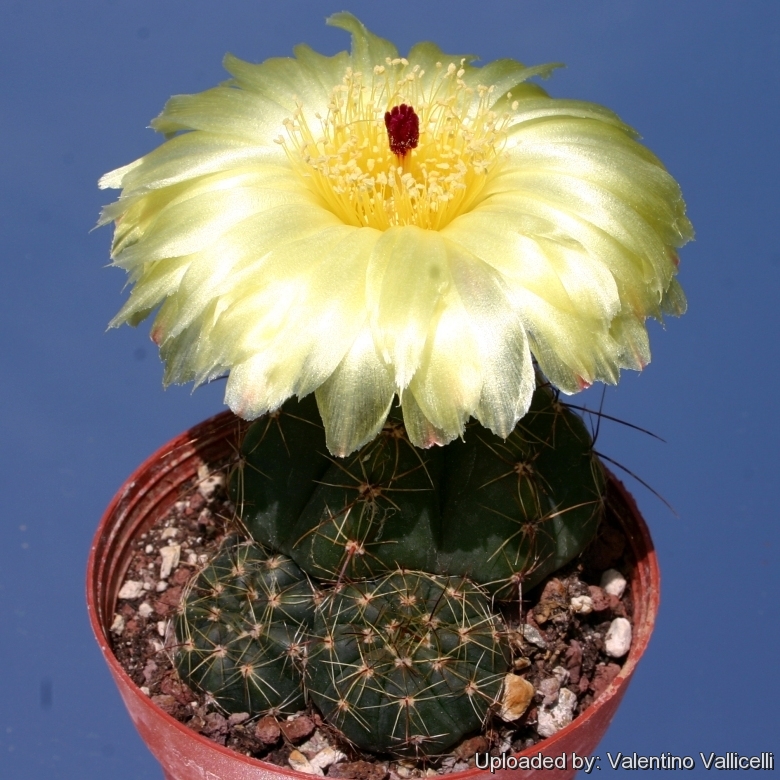 Description: Plant at first solitary that matures and flowers at an early age. With time it form small colonies. One of the peculiarity of this species is the tendency to produce basal suckers on the lateral roots.
The "rubescens" is merely one of the several forms of the very variable Notocactus (Parodia) ottonis distinguished by its redder stems. However Parodia ottonis occurs over quite a wide area and "rubescens" is regarded as a mere ecotype with size or colour modified by more humid or arid conditions and merging into typical plants in cultivation. However redder forms occours at random elswhere.
Stem: Up to 8 cm in diameter, 4 cm tall, somewhat depressed, with white wool apically, more or less glossy green or bluish green which can take a purple colour in under stress condition or in full sun. The rich magenta colour of the stem sometime seen is due to a full sun exposure along with short water supply during cold winter month, otherwise the plant is green.
Ribs: 8-9, broad and rounded, well defined.
Areoles: Few, circular up 1-2(-3) mm wide, 10-12 mm apart.
Spines: Bristly, acicular, slightly curved and spreading.
Central spines: Up to four, brownish, reddish brown or yellowish 20-40 mm long.
Radial spines: 7-9 up to 15 mm long, clearer.
Flowers: Yellow from the uppermost areoles, one or more appearing at a time, that open only during the dayt, 5-6 cm wide, floral tube with brownish wool and bristles. Perianth segments linear-oblong, acute, stamens about half the length of the perianth, segments, style yellow, stigma lobes red.
Fruits: 0,9-12 mm in diameter, ovoid to short cylindrical, thick walled, deishent often with large number of seeds.
Seeds: Bell shaped, glossy.

Notes: Root suckers are new shoots that arise from adventitious buds developing on the lateral root system of many plants species. They are however a quite rare kind of vegetative reproduction strategy in cactus family, but occasionally occur in some cactus species when roots have been injured or felled. Notocactus arecavaletai var. rubescens is one of the few specie that produces naturally a large numbers of them and can develop into a small colony. The suckers have the potential to develop rapidly, fed by the existing root system. Often sprouting results in multiple stemmed plants. 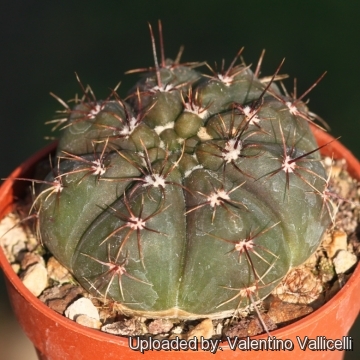 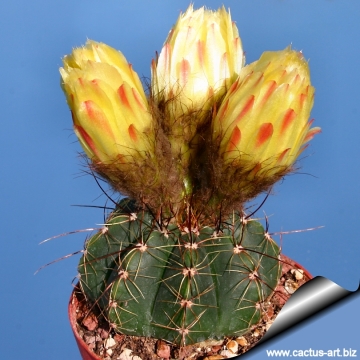 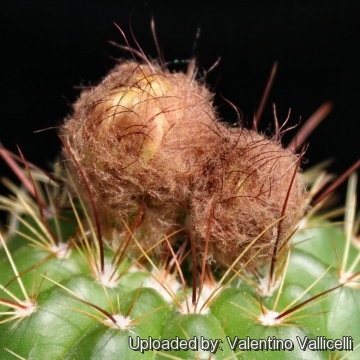 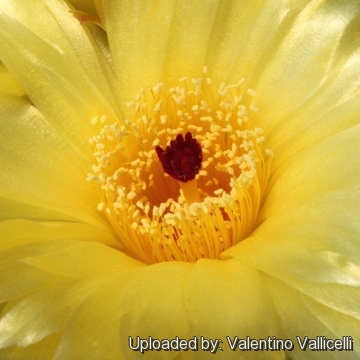 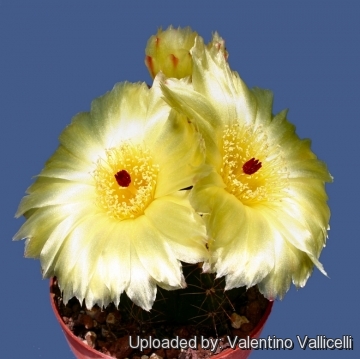 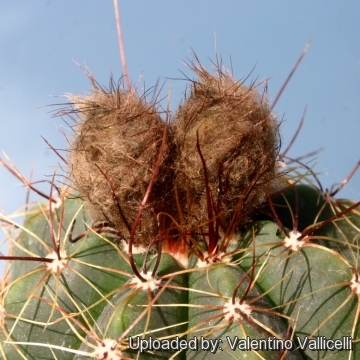 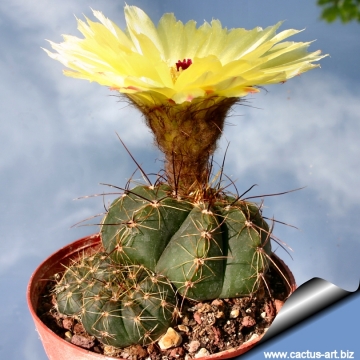 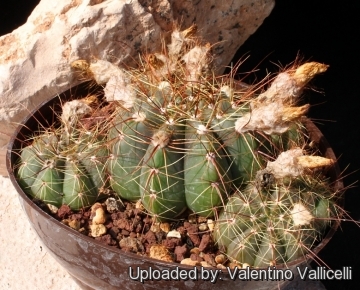