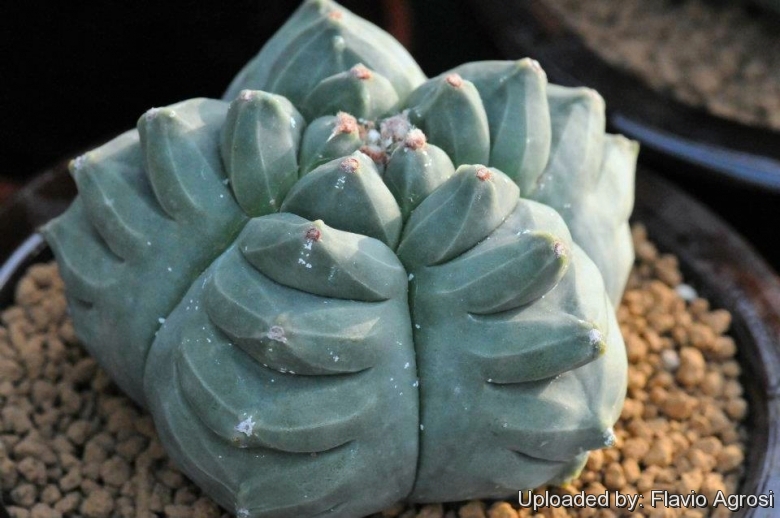 Description: This rare Japaese cultivar is unmistakable for its pointed tubercles along the ribs edges, in fact its areoles stick out with large notches between them, giving them a saw tooth look. The furrows which appear transversely on the ribs cuts the continuity of the ribs and the plants appears decorated with a geometrical design which is raised above the surface. When viewed from above these plants resemble a tortoise-shell hence the Japanese word 'Kitsu-kow' that means "Turtle shell" but at a first glace (especially the nude form) resembles some chinned cacti particularly some Gymocalyciums. Usually the young seedlings appears nothing special and looks like normal myriostigma, and barely shows any trace of saw teeth, but they start to produce the distinguishing indentation and turn into an amazing adult as they get 3 to 7 years old. In general the bigger the "saw teeth" are and the longer and fatter they are, the better. All species of Astrophytum (excluded Astrophytum caput-medusae) have their particular "kikko" variants.
Stem: Pentagonal to almost spherical, dimension 22-40 cm tall, 5-10 cm in diameter.
Spines: None.
Ribs: Usually 5.
Flowers: Like those of the well known A. myriostigma, pale-yellow, shining-silk.
Blooming season: Spring to summer. 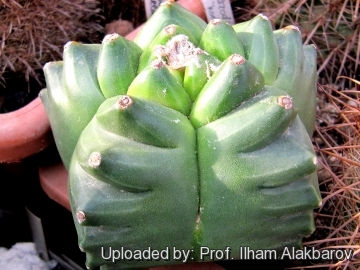 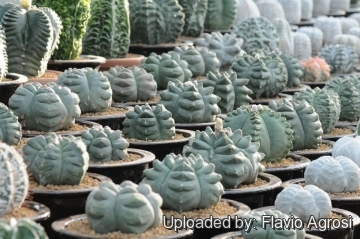 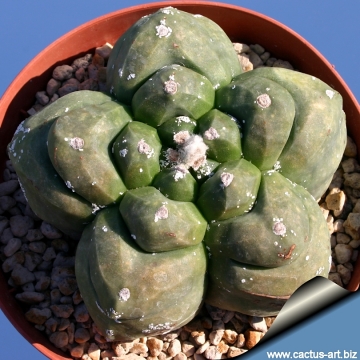 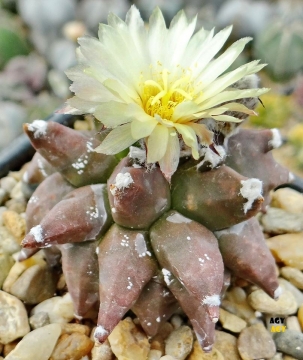 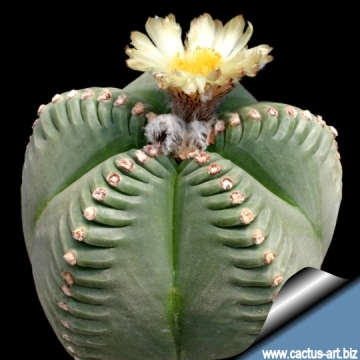 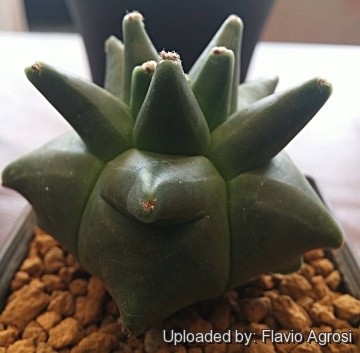 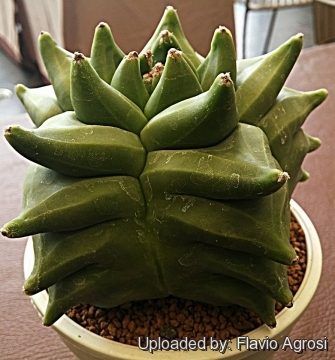 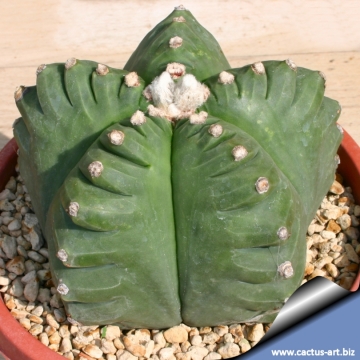 Cultivation and Propagation: Although regarded as a choice and difficult plant in cultivation it is relatively easy to grow. It is sometime seen as a grafted plant but grows very well on its own roots too. Use mineral well permeable substratum with little organic matter (peat, humus). Water sparingly from March till October and keep perfectly dry in winter at temperatures from 5 to 15 degrees centigrade. (but it is Hardy to -7°C for short periods) In the rest period no high atmospheric humidity!! Sun Exposure: Light shade to full sun.
Propagation: Almost exclusively by seed. Plants are sometimes grafted onto column-shaped cacti.