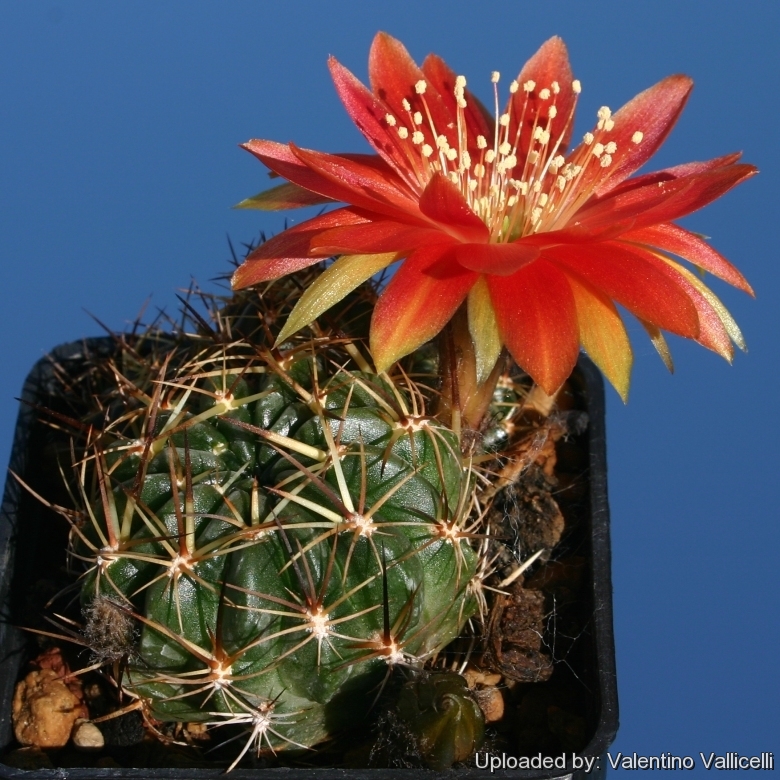 Origin and Habitat: Northern Bolivia. The var. corbula (Herrera) is found near Cuzco and Ocongate.

Description: Small mat forming cactus
Stems: 5 -10 cm wide, basally branching.
Ribs: 12-20 sharp-edged with inclined protuberances.
Spines: Needle-like, more or less curved and interlaced with one another, radials 4-15, centrals 1-3, to 6 cm long, gold-yellow to brown.
Flowers: From the basal portion of the stem, ca. 5 cm long and 4-8 cm broad, outer petals somewhat overlapping and violet-violet-pink to purple sharpened, with yellowish throats, Stamens more or less to the stylus bent. Red, yellow, white or intermediate colours are also common in habitat and in cultivation, too. 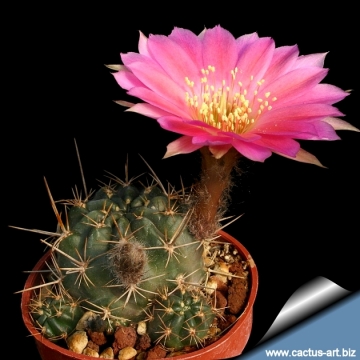 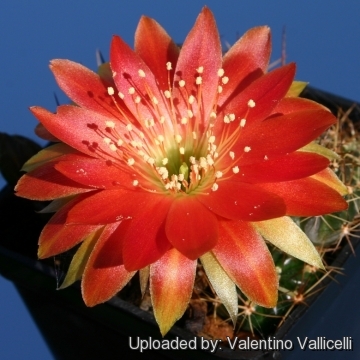 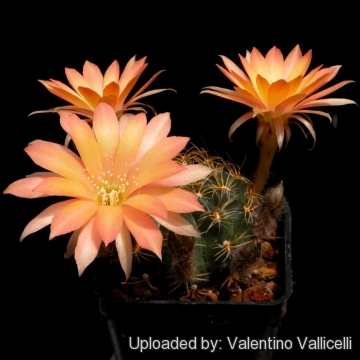 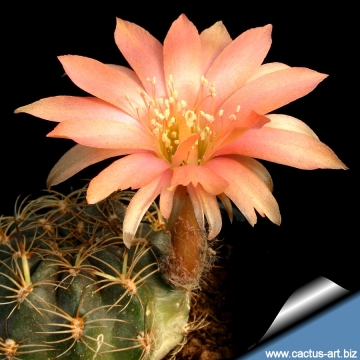 Cultivation and Propagation: It is a summer-growing species that offers no cultivation difficulties. Water regularly in summer (but do not overwater). It needs good drainage and very porous soil. Keep rather dry in winter. Feed with a high potassium fertilizer in summer. It is quite frost-resistant if kept dry (hardy to -12° C). In summer it needs bright exposure, full sun or half shade.
Propagation: Sow directly after last frost, or by offsets.