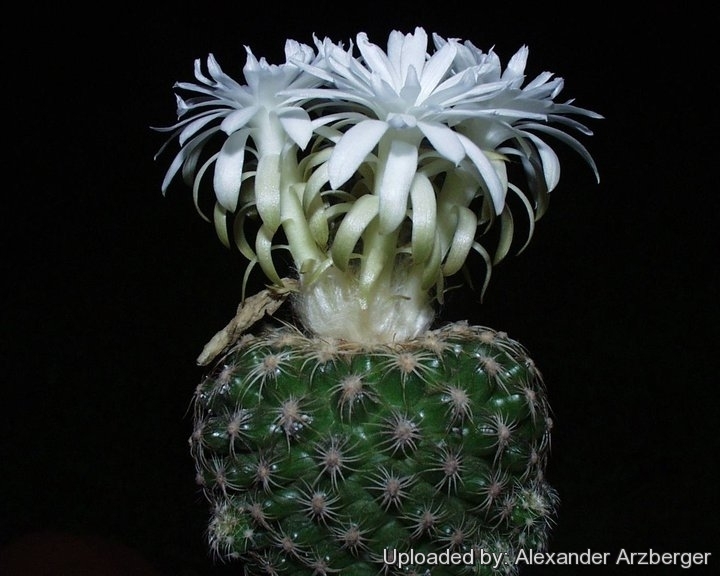 Discocactus zehntneri subs. buenekeri Photo by: Alexander Arzberger
This is one of tiniest cactus which is a true miniature and one of the smallest species in the genus. It is a mature specimen, and it’s only 4/5 cm high and wide. It won’t get any larger. Since it is mature, it puts all its energy into producing the little woolly top, or cephalium.

Origin and Habitat: Bahia Southern Brazil (South America). The exact locality information was not provided in the original descriptions nor in the herbarium sheets of the type specimens.
Habitat: It is native to Brazil’s tropical forests and grows in pure quartz sand at around 1000 metres above sea level.

Description: Discocactus buenekeri (also considered just a form of Discocactus zehntneri) is a globose-flattened tiny little plant that (in culture) grows in small groups just like Discocactus zehntneri subs. boomianus. Its small clustered, stiff, spination and plump ovoid white fruit are quite different from the long, tangled, flexible spination and elongated narrow red fruit of the Discocactus zehntneri group. This species can be propagated vegetatively quite easily, consequently it is quite well represented in living collections and in trade.
Flowers: Cream-white, with heavenly scent, slender funnelform, up to 9 cm long.
Blooming season: This species usually blooms in April, May, or June or as late as August.
Remarks: This plant is part of the D. zehentnari complex which comprises several variable subordinates taxa, but not all are universally recognized. 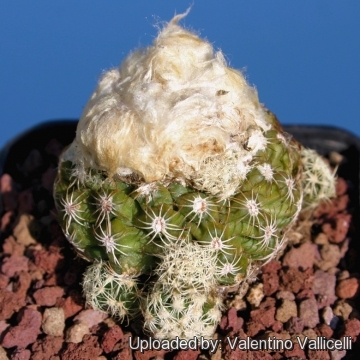 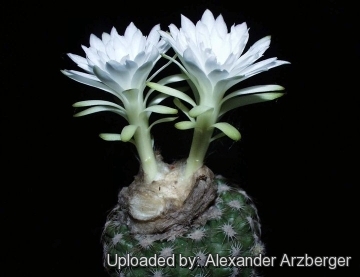 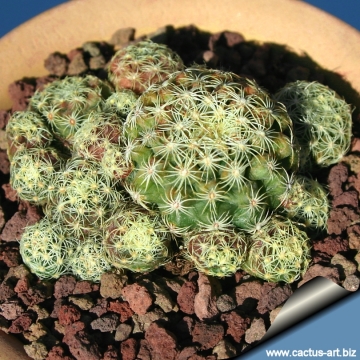 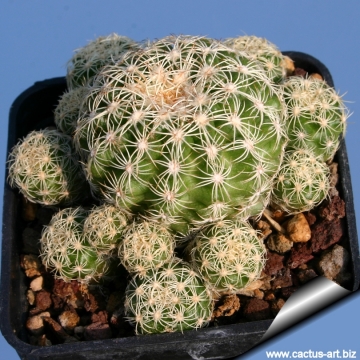 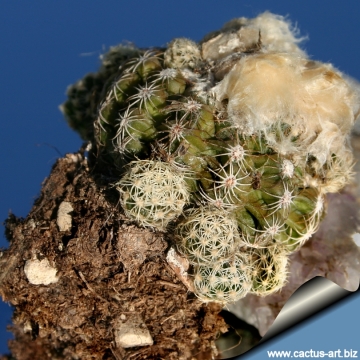 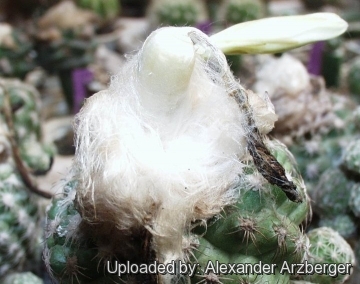 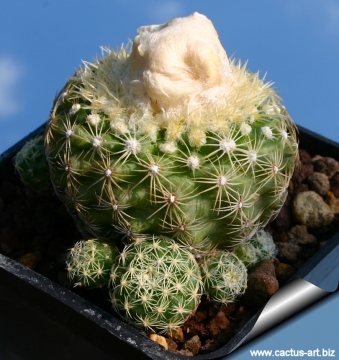 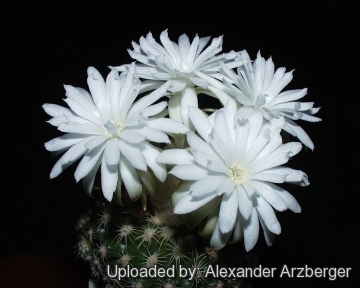 Cultivation and Propagation: D.buenekeri is one of the easiest species of the genus to grow, but even so it isn't a plants for beginners, in fact collectors consider the Discocactus to be rarities with requires skilful cultivation. it is rather difficult to grow and frost tender, it can’t stand cold, or even fairly cool temperatures and should be kept at above 15° C if grown on its own roots (8°C if grafted). Need full sun or afternoon shade. They are slow growing and very rot prone when kept on their own roots and though they can’t endure long stretches of total dryness, too much water will rot them, as their weak root systems tend to be inefficient at sucking up water from wet soil. They generally resent being repotted and can take a long time to establish. When grown to maturity, however, it possess an exotic look shared by no other cacti, and it generally attract a lot of attention.
Propagation: Seed or cuttings. Young seedlings are generally grafted on a low stock to keep the plant in a good shape.