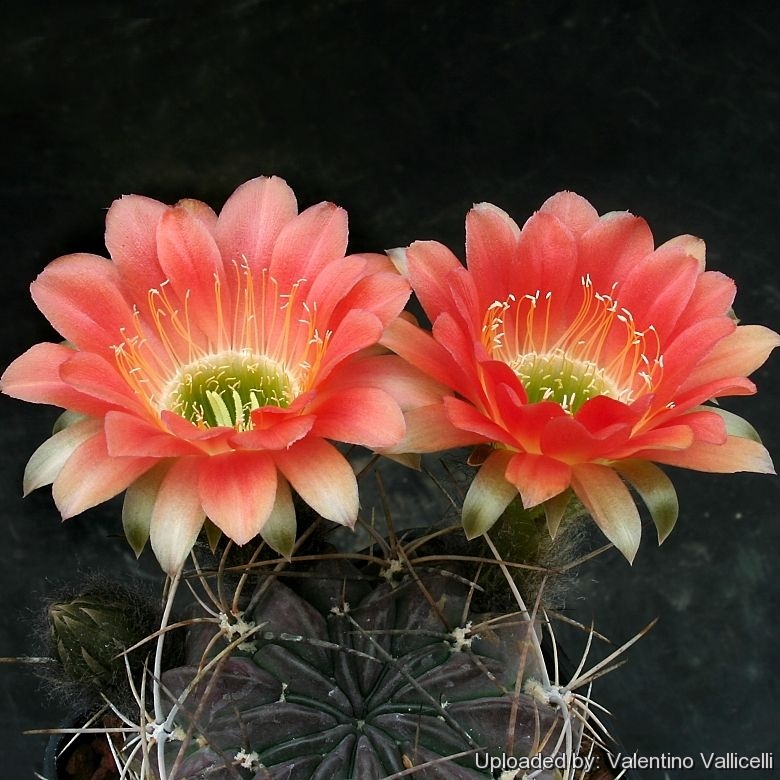 Echinopsis pentlandii
This is a fiercely long spined species (central spines up to 20 cm long ) but quite variable. The flowers are of almost any colour: red, pink, yellow or bicoloured and have a very nice contrasting throat circle.

Origin and Habitat: Native to Northern Bolivia and the Andean plateaus and slopes of Southern Peru.
Altitude: 3500-4200
Habitat: Echinopsis pentlandii is locally common among grasses and large boulders on flats, slopes and ridges, on a wide range of soil types and rocks comprising eroded granite, conglomerate, and sandstone, together with Tephrocactus floccosus, Lobivia hermanniana, Lobivia omasuyensis.

Description: Echinopsis pentlandii, better known as Lobivia pentlandii, is a common attractive dwarf clumping cactus and particularly is fun as it matures and flowers at an early age. Probably the best known species, it includes many varieties of desirable plants with pretty flowers in almost any colour. This is one of the most variable species in the genus and has lots of unnecessary names, none deserving acceptance as shown by field studies (like many other cacti) and comprises a multitude of different regional or morphological forms as well as various cryptic allied species. But where each form is linked to others by populations of plants with intermediate characteristics. This species is in cultivation with many cultivated and propagated forms. Generations of cactophiles have had this plant as one of their first acquisition and few can have been disappointed by its easy cultivation and free-flowering habit. It is the type species of the genus Lobivia.
Habit: Simple at first it slowly ramifies from the base to form clusters.
Roots: Tap root.
Stem: Low thick flat, ovoid or cylindrical, but usually higher than broad, somewhat umbilicate at apex, bright green, dark green, or somewhat glaucous; size depending on the clone.
Ribs: 12 to 15 (or more) deeply crenate, rather high, broken into long acute, hatchet-shaped, tubercles, separated by acute intervals.
Areoles: Felted about 2 cm apart.
Spines: Variable, stout, all radial or sometime with one central.
Central spines: 0-1, acicular to subulate somewhat recurved 3-9 cm long or less in young specimens; yellowish brown, or brownish. Old plants may produce very long spines (up to 25 cm in some clones)
Radial spines: 5-15, curved backward, acicular, yellowish brown, to 3 cm long.
Flowers: Diurnal, short-funnelform, extremely variable in colour purplish-pink, pale-pink, reddish-brown, orange, red, to yellow, with a usual clearer centre, 4-6 cm long, 5 cm diameter. Tube relatively stout greenish up to 1 cm in diameter. Inner perianth-segments, narrowly obovate, abruptly acute, spreading. Stamens and style much shorter than the inner perianth-segments. Scales on ovary and flower-tube lanceolate with short-hairy in their axils.
Blooming season: Blooms are produced in spring and remain open for about three days.
Fruit: Subglobose, 10 to 12 mm in diameter.

Notes: Lobivia (Echinopsis) pentlandii group is a complex that comprises many different varieties, forms and ± similar related species. It was found by Pentland and described in 1844 by W. Hooker as Echinocactus pentlandii. Salm Dyck overcombined it into the genusEchinopsiss. When Britton and Rose 1922 had established the genus Lobivia.Lobivia pentlandii was chosen as type species. 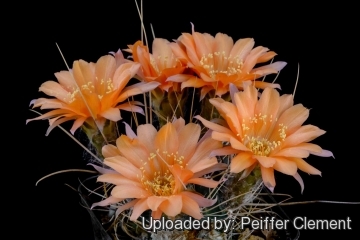 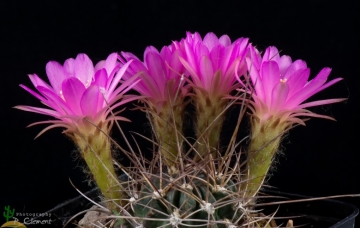 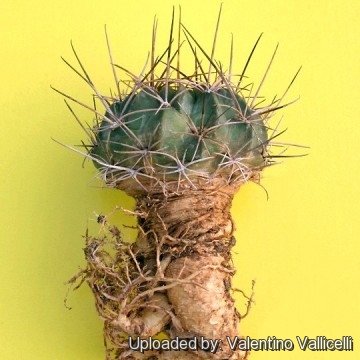 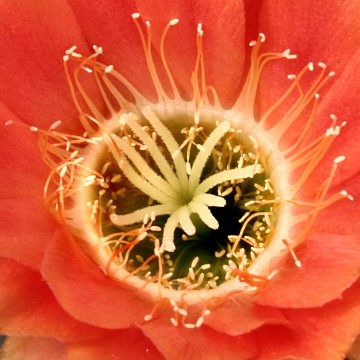 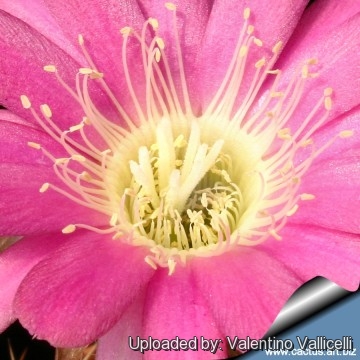 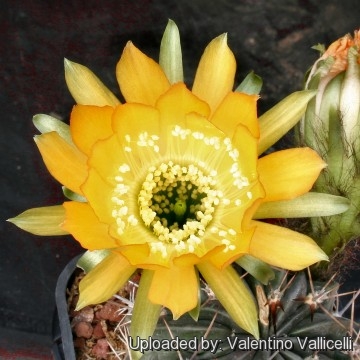 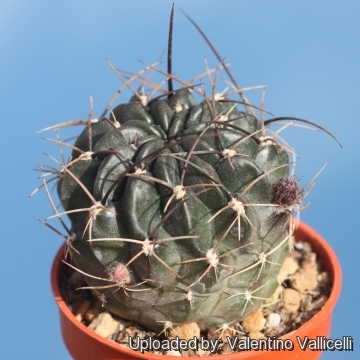 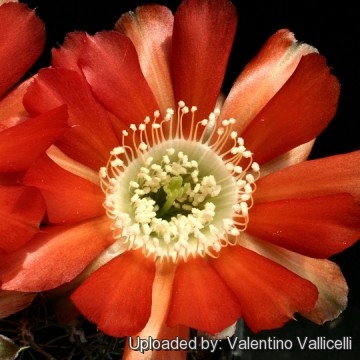