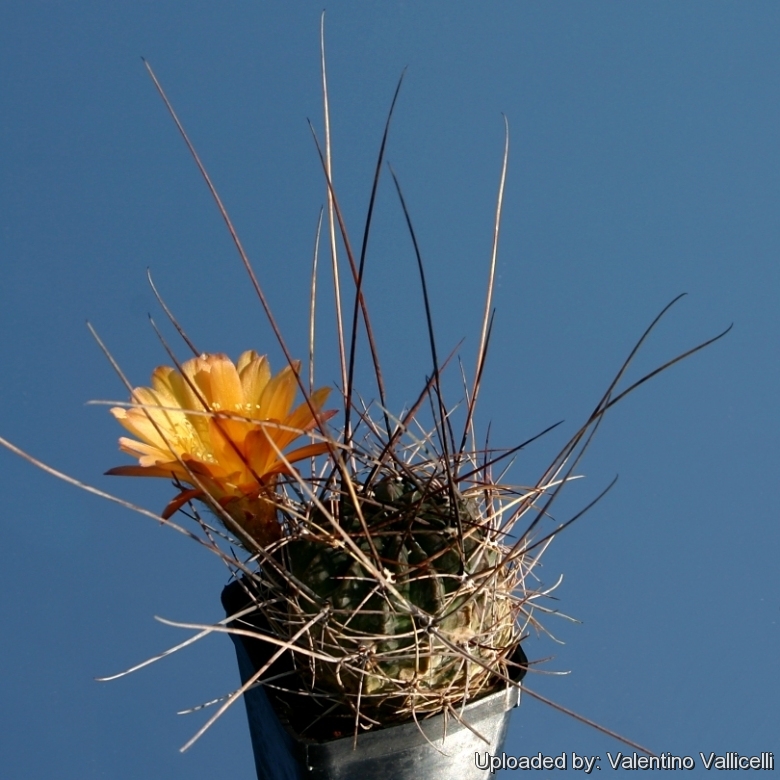 Origin and Habitat: Native to Northern Bolivia and the Andean plateaus and slopes of Southern Peru.

Description: A pretty little species, with a low, thick, flat to cylindrical stem. The dark green body slowly ramifies from the base to form clusters, whose size depends on the clone. Felted areoles line the edges of 25 to 30 ribs.
Spines: 7 or more, brownish, radial spines that grow up to 5 cm. Old plants begin to produce very long spines (up to 25 cm in some clones).
Flowers: Slender, pink to reddish-brown, orange or yellow with usually a clearer centre, approx. 6.0 cm. long, 5.0 cm. in diameter. Blooms are produced in spring, and remain open for about three days.
Roots: Tap root.

Notes: The Lobivia pentlandii group is a complex that comprises many different varieties, forms, and ± similar related species. It was found by Pentland and described in 1844 by W. Hooker as Echinocactus pentlandii. Salm Dyck overcombined it into the genus Echinopsis. When Britton and Rose 1922 had established the genus Lobivia.
Lobivia pentIandii was chosen as type species. 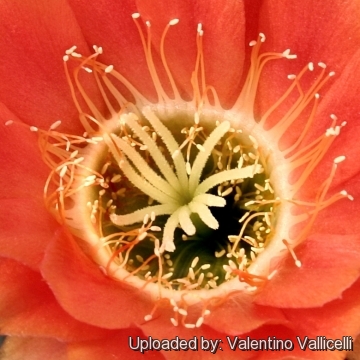 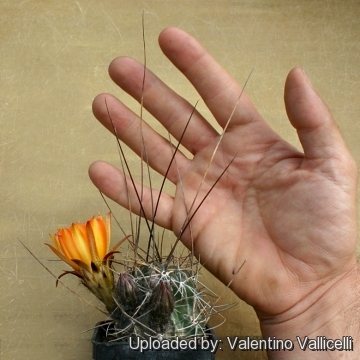 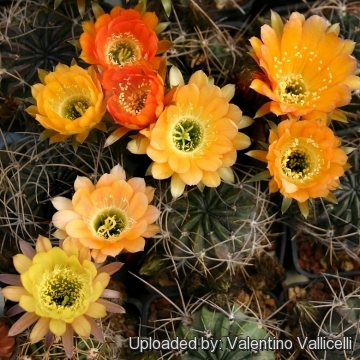 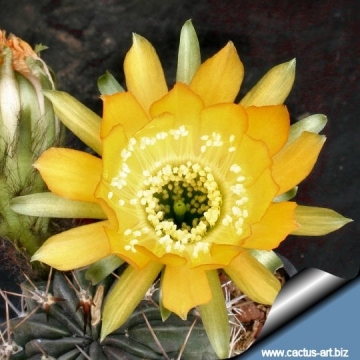 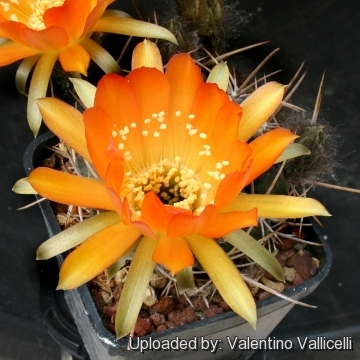 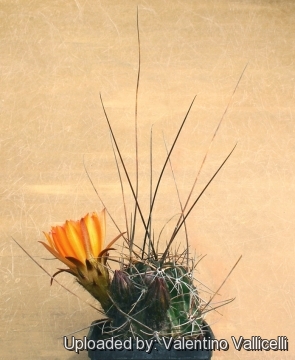 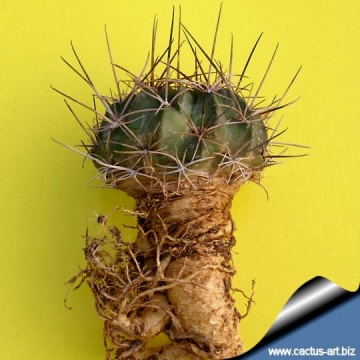 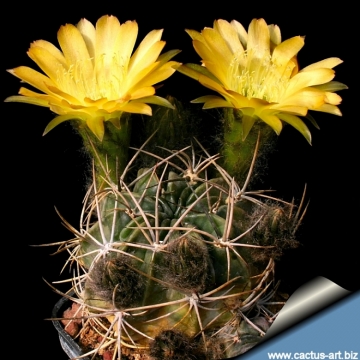