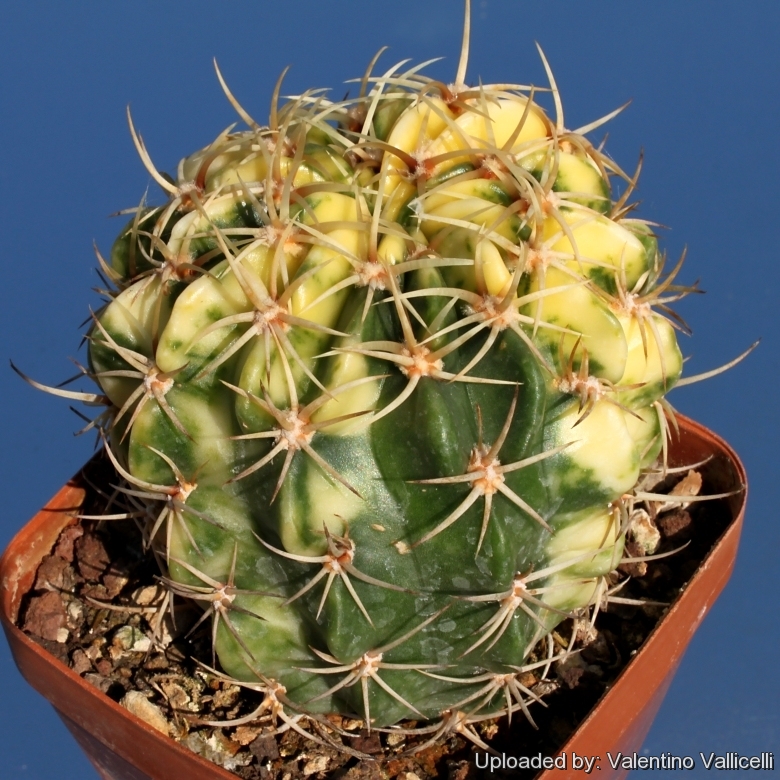 Description: The classical Echinopsis pentlandii (syn: Lobivia pentlandii) is a pretty little species with colourful flowers. The variegated form (Echinopsis pentlandii f. variegata) has sectors, patches or stripes with distinct shades of yellow. A very few variegated plants sprout unpredictably time by time among normal green seedling and are very rare. Plants with variegated stems are often attractive and highly prized.
Stems: Glossy dark green stripped with yellow, low thick flat to cylindrical. The body slowly ramifies from the base to form clusters, size depending on the clone. Felted areoles line the edges of 25 to 30 ribs.
Spines: 7 or more, brownish, radial spines that grow to 5 cm Old plant begins to produce very long spines (up to 25 cm in some clones)
Flowers: Slender Pink to reddish-brown, orange or yellow with a usual clearer centre, approx. 6 cm long, 5 cm diameter. Blooms are produced in spring and remain open for about three days.
Roots: Tap root. 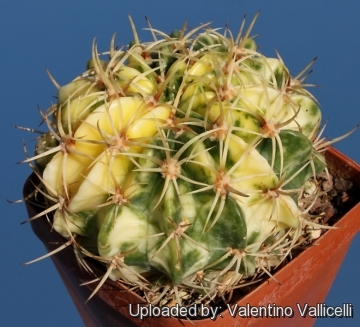 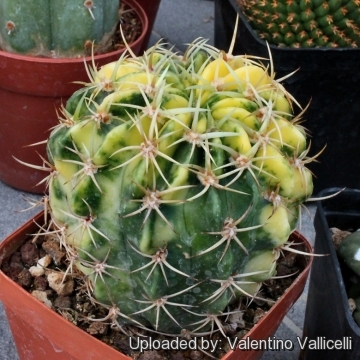