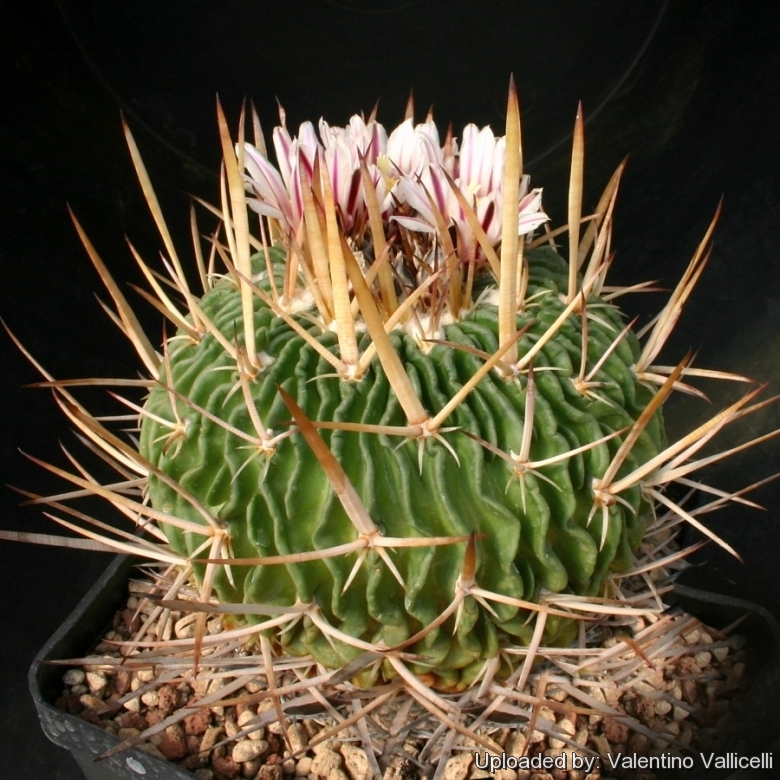 Description: Stenocactus hastatus (Formerly known as Echinofossulocactus hastatus) is one of the many geographical form of the widespread and morphologically variable Stenocactus crispatus. Many of its morphological and geographical variant was early classified as different independent species, but nowadays all this plant are considered part of a multiform species, where each form is linked to others by populations of plants with intermediate characteristics. The name Stenocactus hastatus is used to indicate plants characterized by long rigid and sharp spines, but similar plants are commonly found in other populations and to all intents and purposes it is a synonym of Stenocactus crispatus. The plants in cultivation are quite variable.
Habit: Usually solitary round or flat
Stem: Up to 7 cm broad, 4 cm highly, Very woolly.
Ribs: Approx 60, rather hard, wavy, dark matt green and contrasting vividly with the pale wool of the new areoles.
Spines: Ferocious-looking, Radials 2-4, to approx 5-20 (30) mm long, light brown; with one stronger upper one approx. 1 to 4 (5,5) cm long, 1.5-3 mm wide, yellowish-white-grey with darker tip;
Flowers: 2.5 cm broad; tepals inside purely white, with violet centre strip. 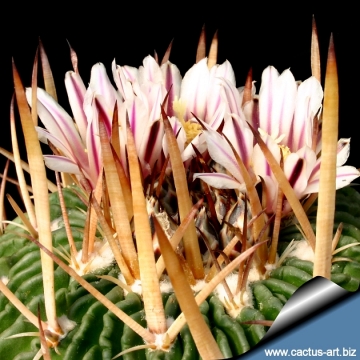 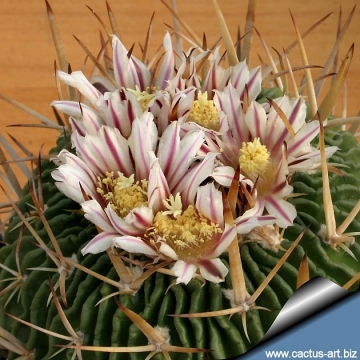